Garosugil actually means tree-lined streets but garo means horizontal, sero is vertical, and gil is street so they actually mean horizontal and vertical streets! It’s a popular place in Gangnam (yes, the place in Gangnam Style by Psy). Serosugil isn’t really an official thing but that’s what a lot of Koreans call it because it’s vertical to garosugil and all. The main garosugil has a lot of clothing and beauty shops plus there are a lot of sales going on during the summer so I went into a lot of different stores. In the smaller streets of serosugil, there’s a lot of smaller restaurants and cafes with insta worthy designs.

At serosugil, I went to a whole new level cafe. It’s called C27 Cheesecake & Coffee, and it has 4 floors with special interior consisting of clothes and artwork and 27 different types of cheesecake (aka dream world my friends) !!! I had such a hard time choosing because my dad was like “you can have one.” I internally cried but I eventually chose the dutch apple cheesecake, and it was so good and filling I recommend it 10/10!! I promised myself I would go back one day and try the strawberry cheesecake too. (sorry, one of the pictures are really blurry but it was the only one I had with the clothes in the back!) 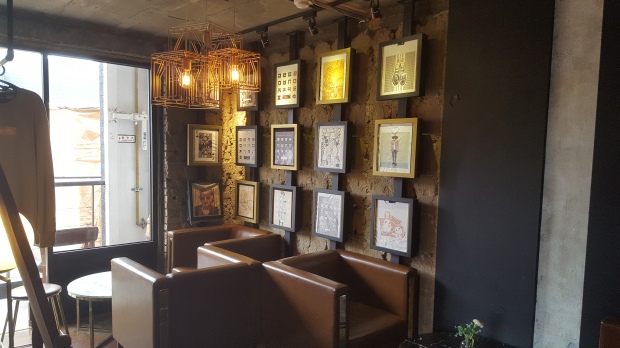 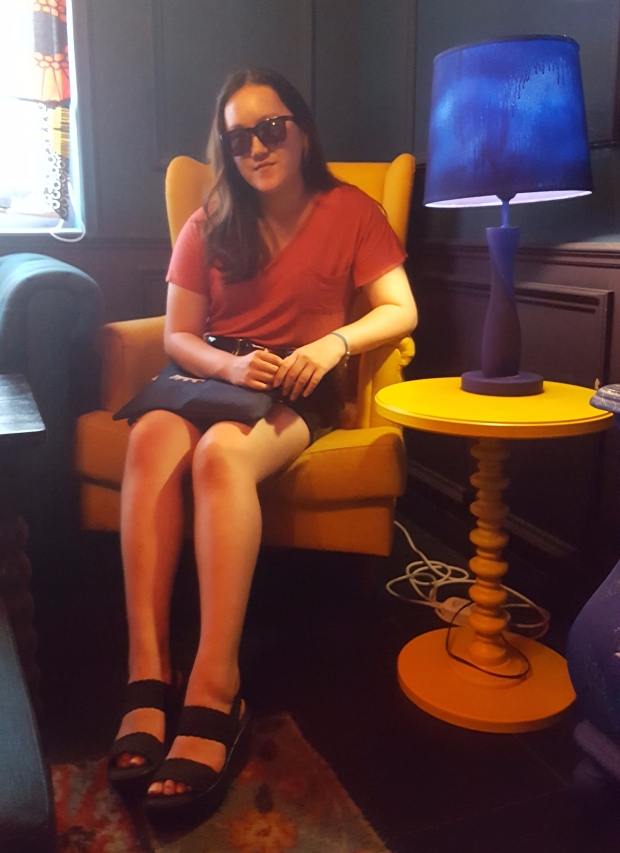 Dr. Jart is a popular skin care/beauty brand in Korea and I found out that they have a flagship store at garosugil in the theme of a blue fish. Like literally, there are blue fishes around the outside of the building. As soon as you walk in the first floor, they have these tablets that can give you a kind of prescription for what products you should buy for your specific skin type and needs. On the second floor they have a garden and an actual shop where you can buy the products. If you’re a fan of face masks I would give the Dr. Jart Rubber Face Masks a shot cuz y’know, we all wanna try weird rubber on our faces, right? Jokes. You should all try it even if it’s a bit expensive because I actually really like them and they seem to actually work in hydrating my skin (it doesn’t give lasting effects, probably because I’ve only used it once) 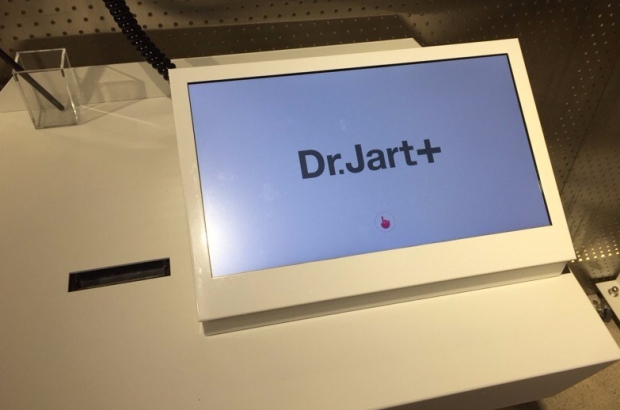 Have you ever heard of a store called Gentle Monster? Can you imagine it’s theme and what it sells?

There are actually multiple Gentle Monster stores worldwide with a couple in Korea and I know for sure that there’s one in New York as well. Although you probably haven’t heard about them as much as Dior or Chanel but they’re pretty expensive with prices starting at over $200. Literally, there are two Gentle Monster stores at garosugil right across from each other. One of them is a normal store and the other, called Gentle Monster Parallel sells sunglasses that are unique to that store only. I love the interior of these shops because they all have a different theme and kind of seem like a museum too! I got contact lenses a few weeks ago and I’ve continued to fail to put them in, so my dad was like “if you can get your lenses in, I’ll buy you Gentle Monster sunglasses” 🙂 (btw I have a huge bruise on my arm in the mirror selfie because I slipped and flopped at the waterpark lol) 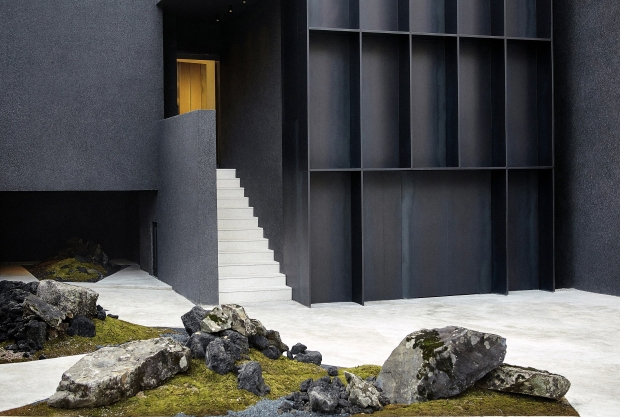 After looking around for a bit I got hungry and we decided to go to Gamsung Taco and Grill for a late lunch/early dinner! It’s actually a chain Mexican restaurant, but it’s so popular that it was almost packed and we ate lunch at 3pm (can you imagine how many people there will be at lunch or dinner times) ??? Because my dad and I have never been there, we just got the most popular thing, which is like a shrimp and meat platter and tortillas – I still don’t understand why it’s called Gamsung Taco and Grill because the platter is the popular thing but it tasted good 🙂 plus I also got the apple mango mojito (non-alcoholic, of course!)

We were super full after eating cuz I mean, look at the portions! We walked around the streets and I took (a lot of) pictures too. I took a picture at Mr. Holmes Bakehouse except I didn’t really buy anything because I was too full but they sell these cute cruffins, which I think are basically a mix between croissant and muffin. I also walked past this pizza shop and I love neon signs, so I took a few shots there too.

What I love about garosugil is that there are always new stores and displays every time I visit! This time I found a Karl Lagerfeld pop up store and I knew I had to check it out. It’s actually downstairs in this building and there were quite a few people visiting and making purchases. There were so many fashionable styles and I was like “wow, I can see why he’s so famous man!” Every single bag and piece of clothing was unique and stylish in it’s own way. There were a lot of photo spots too and it seemed more like a display than a shop, so I absolutely loved the interior. 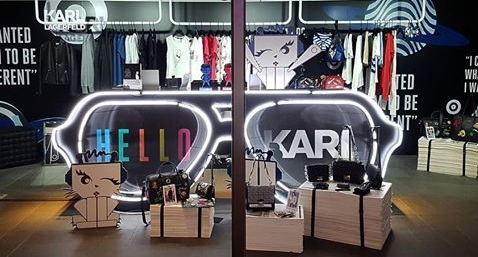 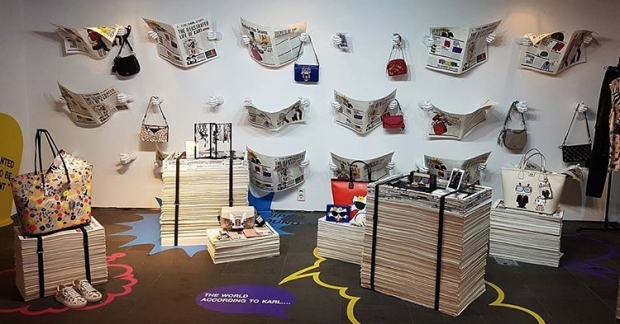 I’ve been posting a lot for the past few days, so I hope y’all enjoy these posts.