I said in my previous post that I would make a separate post for like desserts and sweets, so here I am, on the very next day to keep my promise (look at me go woot woot!)

I have a major sweet tooth and so does my dad, so we usually get lunch or dinner together in Korea and then go for some kind of dessert. And wow he knows a lot of dessert places! 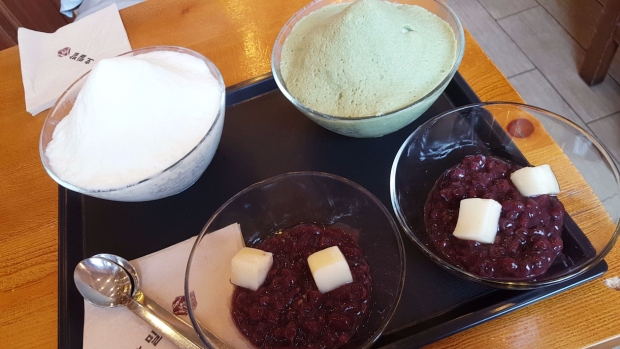 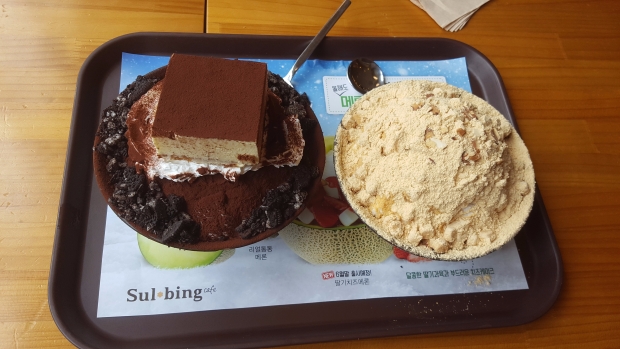 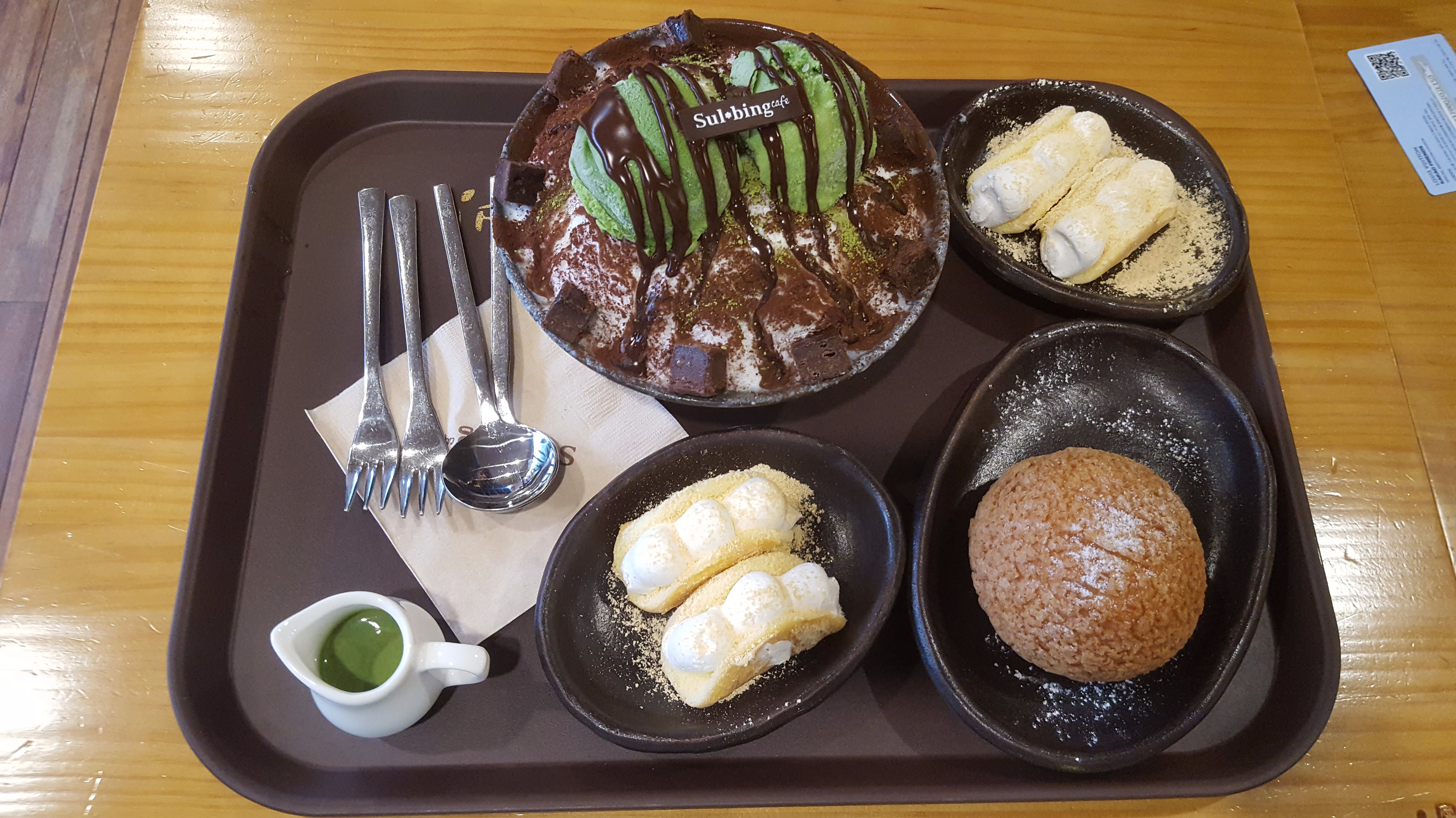 Sulbing is everywhere. Like legit EVERYWHERE in Korea. They have over 500 locations in Korea and are famous for their unique bingsu. The original bingsu usually has red beans for the toppings but sulbing became famous for its injeolmi bingsu (first picture, on the right), which is a type of Korean rice cake. They now serve fruit, tiramisu, and green tea bingsu as well, along with various pastries! 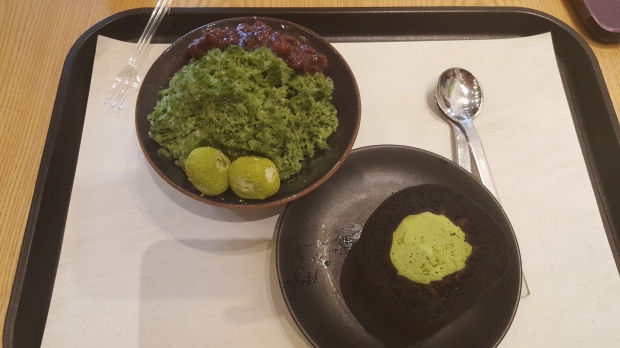 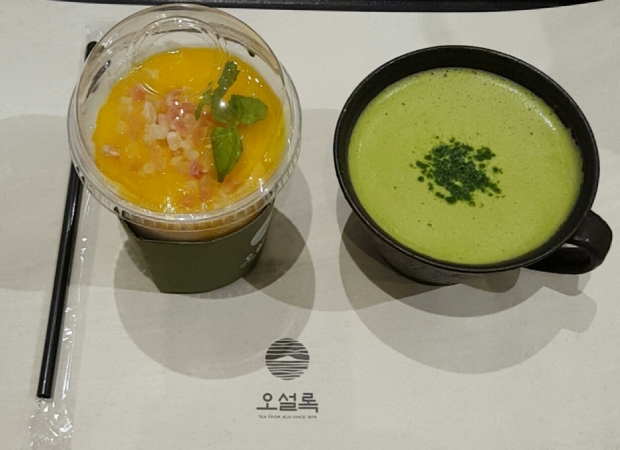 Osulloc is a tea house that specializes in green tea that started on Jeju Island. Because it specializes in green tea, of course I had to try the green tea bingsu! They also had roll cakes and we got the black roll cake, except I don’t really know what the black bread part was made out of but it still tasted delicious. Osulloc is getting really popular these days, so you might have to wait for a table, even though it’s only a cafe. 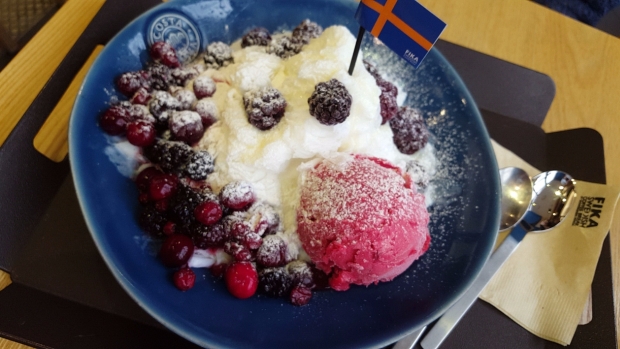 Fika is actually located on the 5th floor of Doota duty free mall at Dongdaemun. They mainly sell drinks and pastries but they only have a few fruit bingsu. It actually tasted pretty refreshing and the raspberry gelato was a nice touch to it 🙂 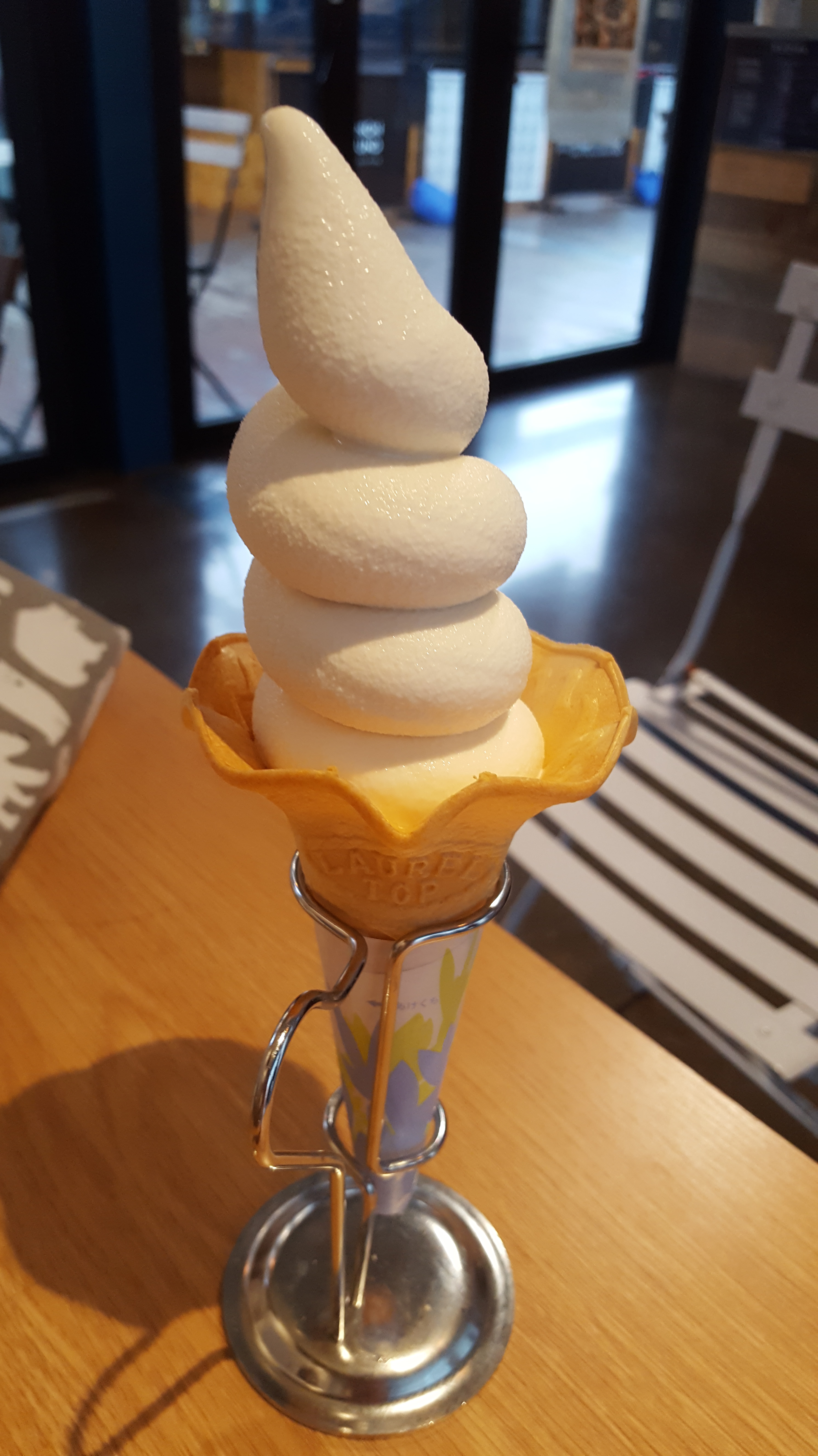 Although it looks simple, it’s actually really good soft ice cream and it’s located in the popular shopping mall, Common Ground, which is made of large, blue container boxes stuck together. It tastes kind of different to regular vanilla soft serve but I don’t really know how to exactly explain the taste 😦 so try it out!