Wow I’m blogging a lot mainly because I have a lot of time and have nothing to do with it (omg I wish I always had this much time). I’m also lowkey watching soccer right now and it’s a goal compilation and it’s actually so lit because all of them are like perfect goals and like woahhhh!

Okay sorry. So today’s blogging topic is food. I LOVE food. I think it’s one of the greatest things ever and I’m so thankful to have access to it. Yes. As you may have already seen my ice cream blog post (if you haven’t, go check it out), but I really like looking for yummy food spots because a lot of restaurants nowadays offer unique foods, y’know?

Now that I’m in Korea, there’s a lot more food spots and small cafes and such that I haven’t been to yet, so I’m trying to go to as many as possible. Because I’ve only been here for less than 2 weeks, I’ve mostly eaten home made food (the best food, I must say) at my relatives house, but I’ve still gone out quite a few times already.

This restaurant has a kind of weird name (like why not the first best place in Seoul?), but in my opinion, it’s the best place in Seoul for sweet bean porridge, 단팥죽. The sweet bean porridge here is made out of red beans (ground up), with chewy rice cakes, and hazelnuts added on top. Because it is sweet, I saw a lot of children at the restaurant when I went as well. Although it may be a little pricey compared to other bean porridge restaurants, I totally recommend this place if you want to try tasty and traditional Korean been porridge. (also the owners are so nice too!)

This restaurant isn’t actually famous korea-wide, but is more of a local popular restaurant and I had it once but it was one of the best noodles I’ve ever had! It’s like very basic Jeju Island-style Korean soup with meat but the soup itself tasted so good. It’s very popular for adults and even elderly people, and I even saw quite a few teenagers and young children as well. This restaurant is like always busy, but the food comes out quickly and has big portions! 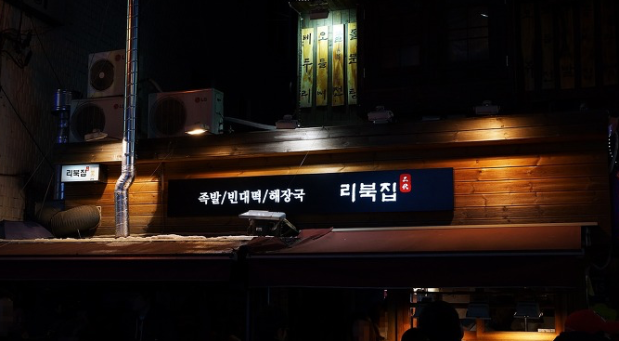 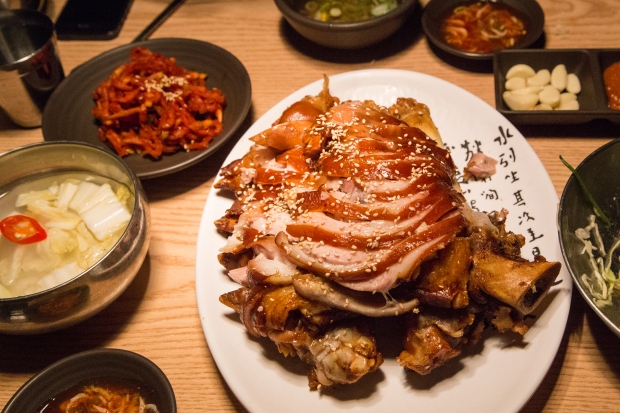 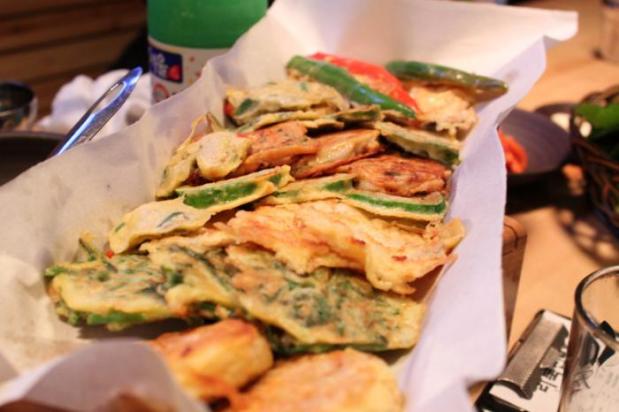 Jokbal (a type of meat from a pig) is a very popular dish in Korea, especially for adults who want something to eat while drinking (lol). In Korea, there’s like this culture called “yasik (야식)” which is like a meal you eat really late in the night (although you don’t eat yasik everyday). Jokbal is a popular choice for those who want to eat yasik, so there will probably be more people at this restaurant at night. This restaurant is not only famous for its jokbal, which is usually served warm, but also for its cold jokbal that is served like a salad and jeon (korean meat/vegetable pancakes)! The portions are large and it’s pricey, so I suggest that you go with family or with friends.

Seokparang serves traditional Korean food as a full course meal, which is also known as hanjeongsik (한정식). Traditional Korean meals have a lot of side dishes, along with a few main dishes, that usually include meat and seafood. I love the way this restaurant looks because it is somewhat in the form of a traditional Korean house but also has a modern look to it as well. This restaurant has great ratings but it’s very pricey, with the cheapest meal starting at 55,000 Won (about $55) per person, so I would only go here on special occasions and make sure to make a reservation! 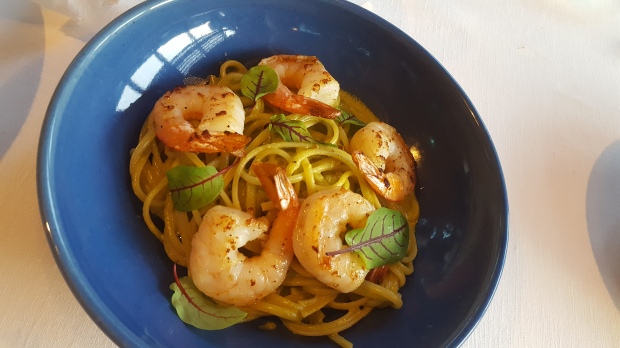 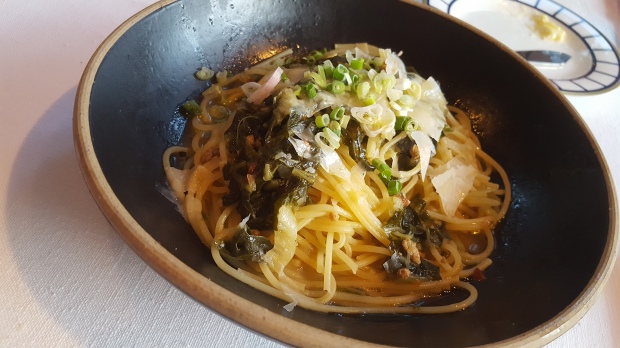 Prep is one of the few well-known French restaurants in Korea, so I would make sure to make a reservation before going to eat. The restaurant is actually on the second floor, so it has nice views and the interior is a fancy-modern style with semi-private rooms for larger groups (it even has a bluetooth speaker, where you can play your own music: lit!). It also has a wide selection of wines from all over the world, so wine-lovers, this restaurant will definitely satisfy you! although I’m not old enough to get wine, my parents loved it 🙂

Yeonnam-dong is a rising area in Korea, as more and more restaurants, cafes, and clothing stores are flooding in. 16 Marzan is a popular Italian bistro, that’s located on the second floor. It has a calm, cozy feeling to it (I don’t even know why, maybe because of the lighting?). The pizza was really different because I’ve had pizza with steak on it before but I’ve never had pizza with salad, that tasted kind of sweet too! 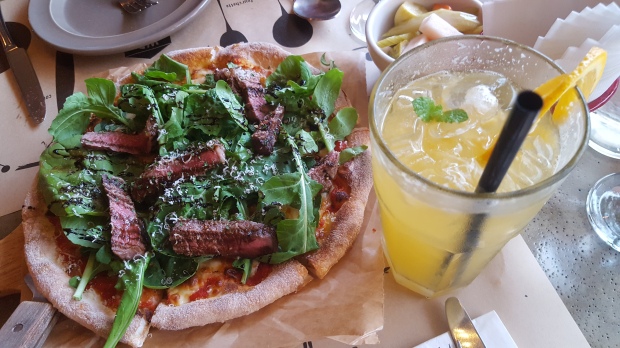 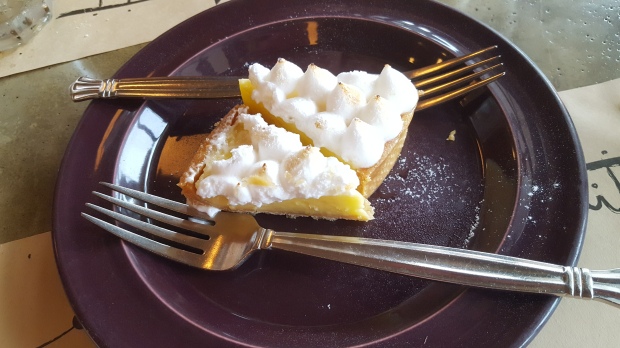 Wood and Brick is another Italian bistro, which is located on the second floor with a cafe (by the same owner) on the first floor. The pizza and pasta here were so tasty, but I actually really liked the mango shrimp salad the most. I usually get chicken or caesar salad but the restaurant recommended this and it was unique and salty and sweet at the same time! I don’t know why but the lemon meringue pie in the last picture was given to us for free, so twas good.

I’ll make another post on desserts and sweets next time because this post is pretty long already!